Interpersonal and team skills in project management are crucial for project success.

Organizations that focus on implementing interpersonal team skills in project management report 71% meeting the original goal. On the other hand, only 52% of projects that didn’t place priority on team skills reached their goal.

A successful project leader must have a variety of skills. First, what comes to mind probably are technical and analytical skills. Even though these ones are irreplaceable, they are not enough. To complete the project, a project manager will need to work with a lot of interpersonal and team skills. These essential interpersonal and team project management skills are the following:

In the article below, we will discuss each of them as well as how to improve each of them.

According to Teach Target, leadership is the activity of influencing and guiding followers or other members of the organization. It includes making decisions, creating and articulating a vision, and providing followers to reach that vision.

There are many descriptions of leaders and many leadership styles. However, one of the things to point out is their ability to motivate others to move in the same direction. They are capable of making people excited and motivated towards a common goal.

How to learn leadership skills?

Some believe leadership cannot be learned, that it is something you are born with. Simon Sinek wouldn’t agree. There are some things you can do to start thinking like a leader. They include:

Now, when you know how to develop leadership, you need to have a team to follow. Building a team is another crucial skill of interpersonal and team project management skills. Every project requires a lot of different expertise for its development. Often, different disciplines bring together different people.

Team members can be from other departments and not familiar with each other’s disciplines. As a result that, they tend not to understand each other’s responsibilities in the project. The role of a project manager is to turn these individuals into a team that understands common goals.

Even though some team members or sub-teams can complete their work independently, they should have connections with the team. The focus should be on the whole team and project, instead of their part of the project. Good team-building means that all team members feel like they belong to the team.

Further, belonging to the team makes them approach the problem as a team, not individually. The practice of solving problems as a team shows better final results and makes team members more comfortable. It also empowers systematic work that later prevents small details from turning into larger issues.

How to build a team?

There are few things that you can do to ensure team building will be successful. They are the following:

Every team member knows what his responsibilities are. At the same time, doing something and having an interest in that is not the same thing. Motivation and influencing are what come in between to connect them.

Again, both unmotivated and motivated employees work. The difference is that a motivated one wants to do their best and works towards a team goal. The role of the project manager is to motivate team members.

Good skills of motivation will create an environment where team members reach goals while being satisfied with what they do. With this in mind, the project manager should know how to motivate each individual member of the team. Some of them will get motivated if they are challenged, others need reasurement. Also, some of the people get motivated through public praise.

While working with your team, try to understand what will motivate each of them. The way you can motivate them is similar to how to influence them. Influencing is using your skills to make people come to an agreement.

Here, influencing is a way of motivating, and not a way of manipulating.

How to motivate people?

How to motivate people is a question that seems like everyone can answer. But, in everyday work, you might forget to communicate some things that seem obvious. Here is the checklist of things you can do to show that you are paying attention to your team.

Two-way communication is a team skill in project management that you should implement while working with all people included. You will need to communicate all the details to developers, designers, stakeholders, and others who work on the project. To optimize sprint velocity, other people in the team should be able to both understand your communication and communicate clearly by themselves.

Good communication does not imply a spoken one only. It stands for both verbal and written communication. This is why you need to pay attention to your written project requirements as well.

Another crucial part of two-way communication skills is to provide only the information that is needed. Providing too much information or not enough to the other parties can extend the process.

How to improve two way communication?

The next skill worth developing as a project manager is decision-making.

Not to get confused with all the styles, it is effective to pick one that works for you. Since many people are working on the project, they might not agree on a decision.  Setting the standard process of decision-making will eliminate space for disagreement.

How to improve decision making?

For every job where you work with people, you need to have political and cultural awareness. With the impacts of globalization, this awareness is even more in focus. Cultural diversity is one more important point in project management.

The absence of mutual recognition and respect can lead to costs. EEOC shows that in 2018 there were 76,418 workplace discrimination charges in the United States. That resulted in more than $50 million in damages for victims in federal court.

The responsibility of the project manager is to recognize these cultural diversities and factor them into the project plan. Overlooking cultural peculiarities and customs might lead to project delays. To clarify, planning work with religious holidays of your team members will decrease improvisation and conflict.

Important to realize here that cultural blindness is not the solution. Moreover, denying differences is the very lowest stage of cultural awareness. Instead of trying to minimize cultural variety, focus on seeing it. The next stages of cultural awareness are sensitivity, competence, and proficiency.

How to increase cultural awareness?

Most people believe they are tolerant and aware of sociality. However, they still don’t know a lot about their colleagues’ cultural backgrounds. To bridge the gap between cultural differences, there are some steps you can take to increase cultural awareness.

Some say that there is no team without trust. Without trust, a team is just a group of individuals working in the same place. We can divide the trust into 4 elements: consistency, compassion, communication, and competency.

Having an environment where people can feel safe to tell their mistakes is a trust-building goal. Trust in teams means giving responsibility to team members. It also means reciprocally they do their best to meet project objectives.

How to build trust in teams?

CPP Global stated that every employee in the United States spends approximately 2.8 hours each week involved in the conflict. That accumulates around $359 billion in hours paid that are filled with conflict instead of productivity.

Important to realize that it is impossible to complete a project without any conflict. Project team members and stakeholders have different opinions and visions of results. Adding different personalities, communication skills, and preferences, there is really a big probability of conflict.

Surely, conflict in the team prevents the team from working efficiently. It distracts them from the focus and common goal. Therefore, conflict management is an important interpersonal project management skill. There are many ways to deal with conflict. You can be accommodating, assertive, you can compromise.

Many times conflict shows things that are not working and helps improvement. Moreover, if team members have the skills to overcome the conflict, it can pass painlessly. In detail, of people who had conflict training, 95% claim that it helped them go through workplace conflict positively.

How effectively you deal with conflict depends on your communication skills and the people involved. You can use more approaches and try to view the problem from different perspectives.

How to manage a conflict?

Negotiation is communication whose goal is to make a joint decision. It is a way of finding mutually acceptable agreements for a particular topic. Explicitly, the goal of negotiation is to achieve an ideal outcome.

The nature of project management jobs requires them to have good negotiation skills. Their job includes making deals with stakeholders and team members and transferring their preferences. That means working with different points of view that can cause scope creep.

Negotiation skills as important interpersonal skills of project management help managers to reach compromise. Compromise or agreement prevents delays and enables the project to keep moving towards its goal.

There are few styles of negotiation. We differentiate between hard and soft negotiation styles. Hardstyle or controlling view the opponent as the enemy and someone you should win. Soft style or giving in focus on the relationship with the opponent and mutual satisfaction.

How to improve negotiation skills?

Before starting any negotiation, and any other part of the project – prepare yourself. Identify the problem and its motivating factors. Sometimes, when you name the motives you can realize there is no actual need for negotiation but clarification.

In every other case, go further with preparation. There is a negotiation life cycle that you can follow for better negotiation.

There is something you can do to become a better negotiator:

What else to know about interpersonal skills in project management?

A cultural mindset that values the interpersonal skills of a project manager is vital to the business. Having technical and analytical skills is important, but only these ones won’t make the project meet the goal.

It is easier to build trust and good teamwork if you plan it from the very beginning. Include interpersonal activities in the schedule at the beginning of the project. To keep that in mind throughout the project, be aware of the cost of the delay.

Eventually, improving some of the interpersonal skills will help not just your career, but also your private life. If you would like to comment on any of them, you can find us here. 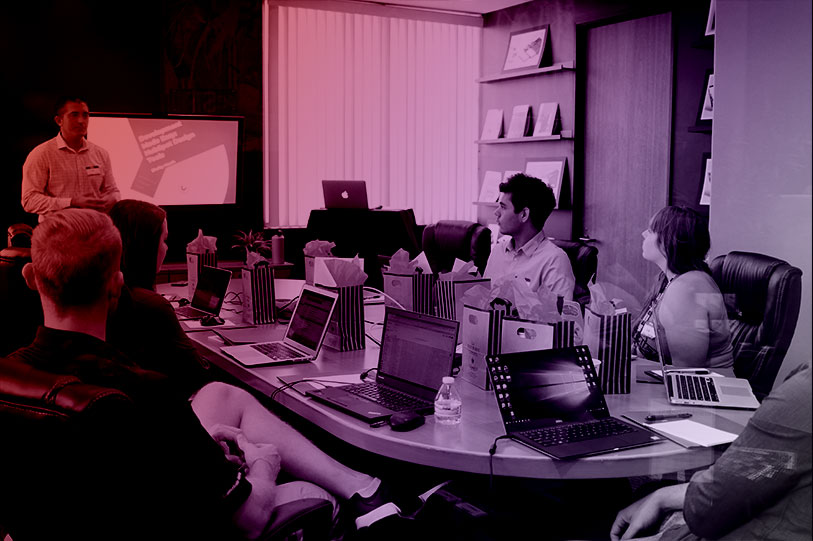 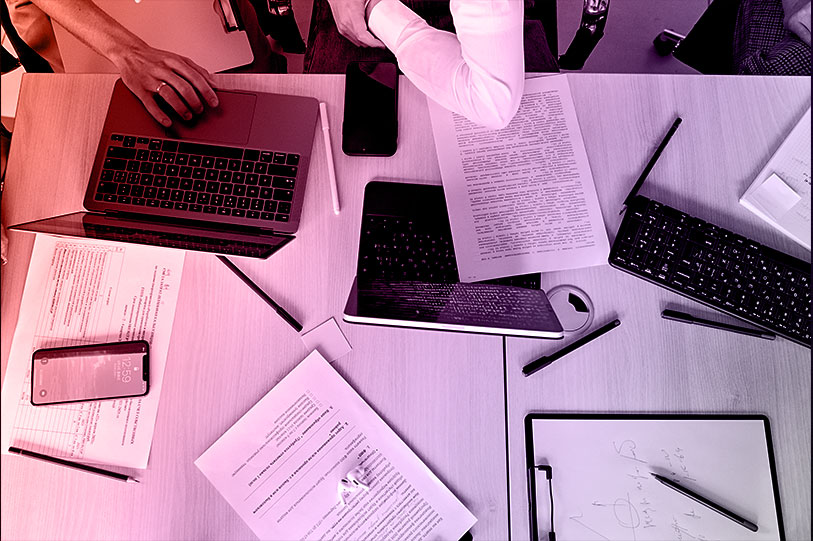 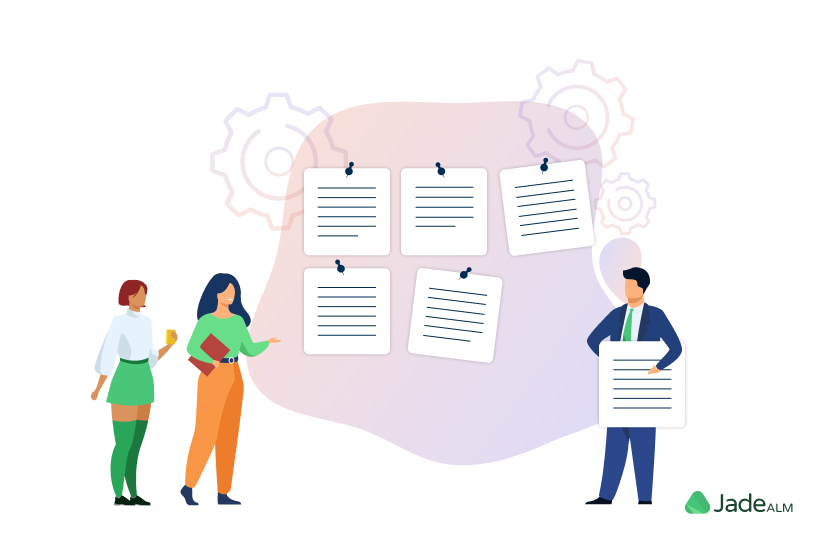